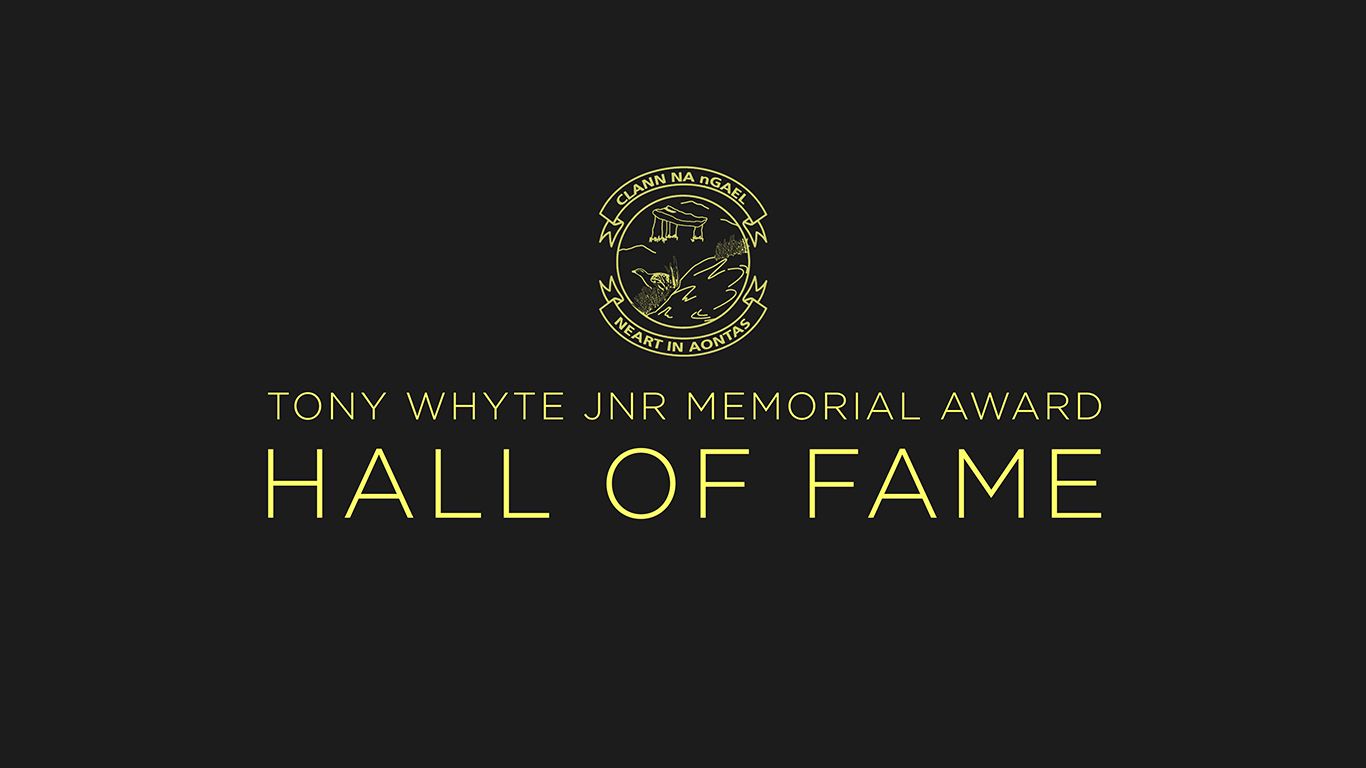 A new award has been donated to the club by the family of the late Tony Whyte Junior who sadly passed away in 2018.

Tony won multiple county medals at various levels for Clann, including Senior in the 1980's. Tony was an exceptional footballer who was comfortable in the half back or half forward line equally and had a good eye for a score.

This prestigious award being honoured in his name is truely a fitting tribute to a fallen gael who was taken too soon.

The Clann na nGael Hall of Fame award has been established as a permanent reminder of the dedication and achievements of our members, be it in playing or non-playing roles, who gave everything to the club in years gone by.

This club member is synonymous with Clann na nGael and considered by many to be the definition of a club legend.

While he initially excelled playing rugby for Garbally College, he started playing for Clann as a teenager in the 1950’s and has the honour of being the first Clann na nGael captain to lift a Senior title in 1961, going on to become one of the clubs most decorated players.

He has the distinction of playing for his county before playing for his club but went on to become one of Roscommon’s greatest ever wingback’s, playing in the 1962 All-Ireland Football Final against Kerry.

Following that, he also represented Connacht in the Railway Cup and represented Ireland against a Universities selection – the jerseys of which can be seen in the club museum today.

As well as being heavily involved in the building of the Johnstown pitch and clubhouse, he was also involved in various coaching and administration roles, serving as club Chairman and Men’s Senior manager, winning 3 Championships.

In the early 1980’s he literally wrote the book on Clann na nGael, carrying out extensive research dating back to the founding of the Clonown GAA Club in the 1889. Without his efforts, the long history of our club would surely be lost. He is currently repeating his efforts on an updated book which will be released later this year.

His pièce de résistance is undoubtedly the establishment of the Club Museum in Johnstown. This Museum is a wealth of artefacts and memorabilia from the history of Clann, a Museum that is unrivalled by any club in the country and admired by all who visit.

Website by This email address is being protected from spambots. You need JavaScript enabled to view it. © 2021